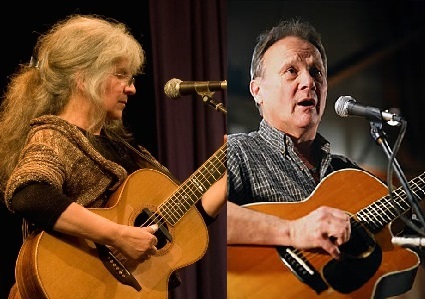 Finger style guitarists and singers Sue Dubowi and Gareth Hedges perform the back catalogue of folk music history from Britain and the US, plus original songs and instrumentals.
Gareth plays his own arrangements of vintage delta, ragtime blues and jazz classics of the 1920’s and 30’s. He’ll recount stories and anecdotes of meeting and travelling with many of the great folk and blues pioneers, such as Pete Seeger, Doc Watson and Mississippi John Hurt.

Sue sings her own arrangements of mostly traditional British based folk using open tunings in her own lyrical guitar style. Also great songs from the 1960’s and 70’s folk era, such as Joni Mitchell and Richard Thompson, plus a touch of banjo, hurdy-gurdy and mean spoons!

View how we use cookiesView how we protect your personal information.OK