Cuz Cussen is a man on a mission, giving Plymouth people a live music extravaganza to remember while raising as much money as possible for St Luke’s and the care we give our patients and their families.

Cuz is the man behind the city’s annual two-day Rockfest, which will reach its tenth anniversary of raising money for St Luke’s this spring. He started the event 17 years ago, fundraising for various charities close to his heart, and it was following the death of his beloved mum Dot, in May 2008, that he decided to donate all the money raised each year to St Luke’s.

During the last few months of her life, Dot received care from St Luke’s and spent her last few days at Turnchapel. Seeing at first hand the dedication and compassion of our team meant that St Luke’s gained a special place in Cuz’s heart, which has spurred him on to raise an incredible £77,932 through Rockfest for our end of life care.

Cuz, who sadly lost his father just a few months after Dot passed away, works tirelessly to organise and deliver the event at Crash Manor nightclub in Union Street. With 20 bands playing everything from rock to reggae and blues to punk over the two days, plus a raffle with a variety of great prizes, it is a regular fixture in the city and Cuz is always moved by the generosity of those who support it.

“The bands play for no fee, and I’m always blown away by how generously people give at Rockfest,” said Cuz. “I think it’s all a testament to how many people’s lives have been touched by St Luke’s and how highly we all think of the charity. It’s my aim to just keep going and get to £100,000 by 2020. Organising it all is very intense – I’m running on empty afterwards – but what a buzz! It is great to be giving something back to the place that cared for mum so well.”

This year’s Rockfest is on 31 March and 1 April (1pm until late). Tickets are £10 per day on the door and as it is a family-friendly event, entry for under-18s is free, although they can’t stay past 7.30pm.

Bands confirmed for this year include Stone Vulture, Rusty Angels and Funky Munks.

Keep on rocking, Cuz – we appreciate all you do for us! 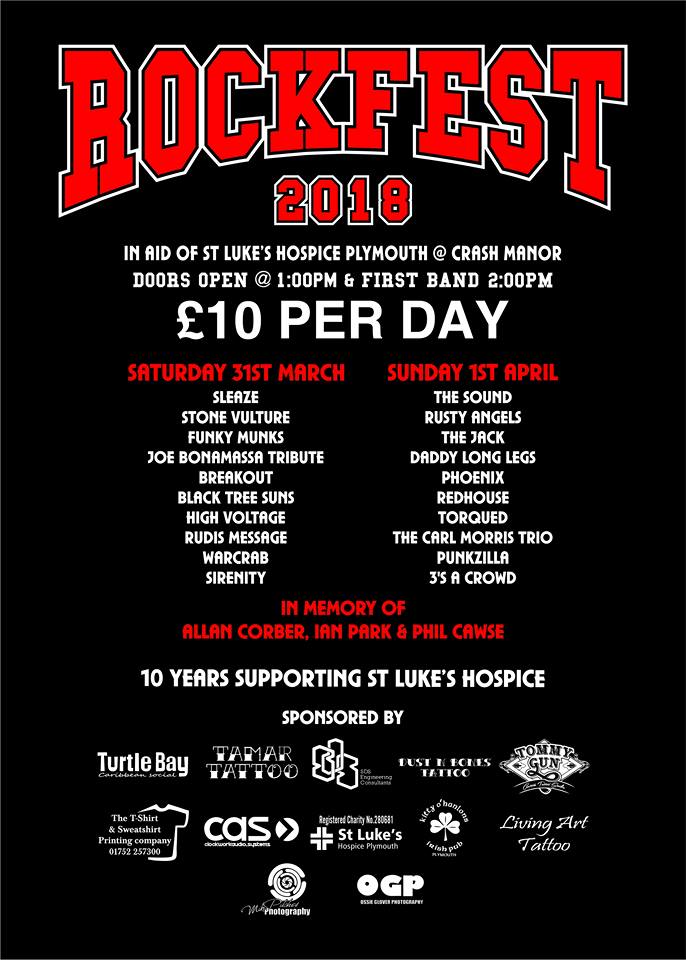