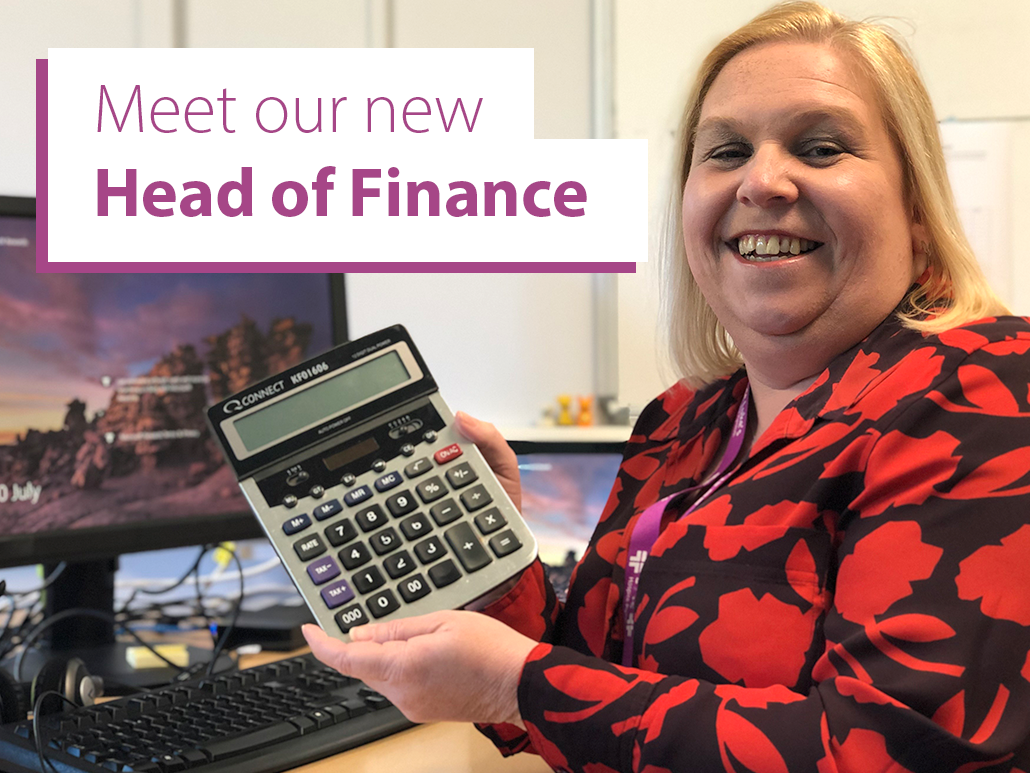 For most people, changing jobs and joining the staff of a new organisation can be a time of trepidation as well as excitement – but what is it like when your arrival and induction happen to coincide with a global pandemic?  Claire Fisher, who joined us as Head of Finance in early June, shares the background that led to her joining our charity and reflects on her first six weeks in post during such an unprecedented time.

Claire said: “Being born and bred in Plymouth, the name of St Luke’s was very familiar to me and I’ve always known it to be synonymous with dignity, respect and compassion. So, when I heard about the opportunity to join as Head of Finance, it really sparked my interest and I wanted to find out more.

“My whole career has revolved around finance, which is not that surprising given that maths was my favourite subject at school, and it was joining Plymouth City Council at the age of 18 that gave me the chance to train and qualify as an accountant. Then, when Plymouth became a unitary authority, in 1998, I was promoted to the role of Group Accountant, leading a team providing technical accountancy support to the whole authority, on topics such as VAT and treasury management. I also took a lead role in the production and audit of the statutory accounts and submission of government returns.

“The council played a really important part in my life, and not simply because it’s where I spent the first 24 years of my career. It’s was also where I met my husband, but later – after we had our children – my perspective began to change and I found myself seeking a new professional direction where I could hopefully see more of a tangible positive impact for my efforts.  Teaching was a career I’d considered at school and, though I decided again not to take that path, the idea of broadening my horizons and working in a school remained attractive. 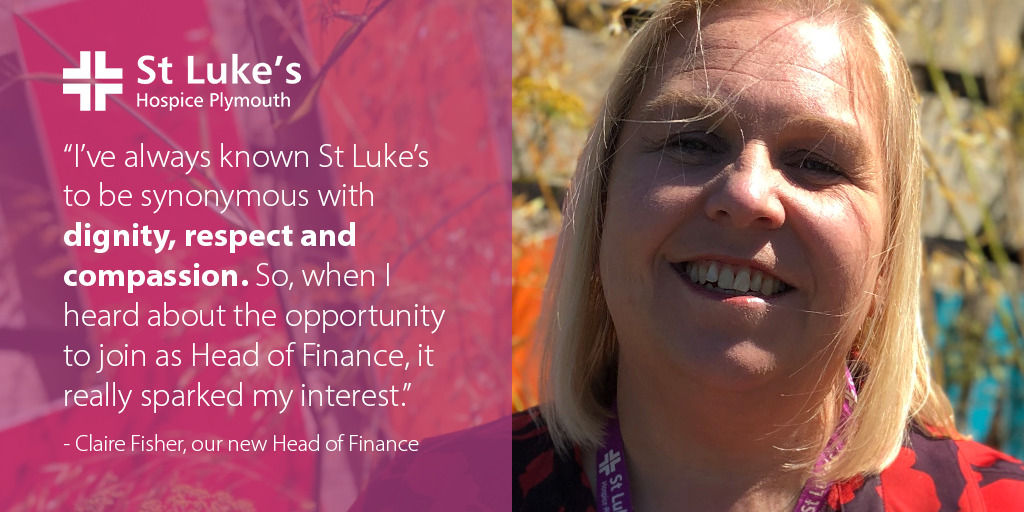 “It was the opportunity to join Lipson Co-operative Academy as Assistant Business Manager, in 2013, that saw me take the leap into a very different work environment. I had the autonomy to review and shape all aspects of the school’s financial activities, and I’m proud of the improvements I made during my seven years there.  I also managed other aspects of the school business activities, including main reception, which helped me to get involved in all aspects of school life.”

“I wasn’t actively seeking a change of job when the advert for the Head of Finance role at St Luke’s was pointed out to me by a friend.  However, the chance to develop professionally – while also making a valuable contribution to one of the charities I personally support – made it an opportunity not to be missed!  For me, part of the attraction of working for a charity is that rather than the focus being on expenditure, as in my previous roles, the key is to develop and sustain income streams.  Of course, the delivery of quality services to local people is at the heart of what we do here, and that has been an important aspect for me throughout my career.

“What no-one could have foreseen, of course, was the pandemic and the huge impact it would have on everyone’s lives, including at work. I won’t pretend that my induction period has been without its challenges, given the very unusual circumstances, but the warmth of the welcome I’ve received from everyone has been truly humbling and helped me to quickly feel part of the team. In particular, my Finance team colleagues have gone out of their way to help me settle in.

“I’ve really appreciated the friendliness and support, especially as I joined just a week before the main annual audit, an exceptionally busy time made all the more demanding by the additional workload brought about because of the COVID-19 situation, including the financial modelling that’s been urgently required to help our charity steer its way through these unchartered waters and keep providing such outstanding end of life care.

“This role and the organisation itself both feel a really good fit for me. My great auntie and my husband’s auntie were both cared for at Turnchapel, where I’m based (though currently doing some of my work from home), so I already knew it was an uplifting place, and I feel a real affinity with all that St Luke’s stands for.

“I only have to look as far as the messages that come in with some of the donations to sense the overwhelming love and respect our community has for St Luke’s and the fact there are so many ‘stories’ lying behind the £ signs I see in our accounts. For example, there was one just recently from a regular volunteer, who said she was making a donation in lieu of putting in her usual shifts – she wanted to continue contributing to the cause she holds so dear while she awaits the call to return to her voluntary role when it’s safe to do so.

“That sums it up for me. St Luke’s is the city’s best-loved and most respected charity, and I feel excited and proud to now be playing my part in helping to ensure a sustainable future for the vital service it provides.”

BLOG: Keep calm and carry on: how our End of Life Urgent Care Service continues...
Scroll to top