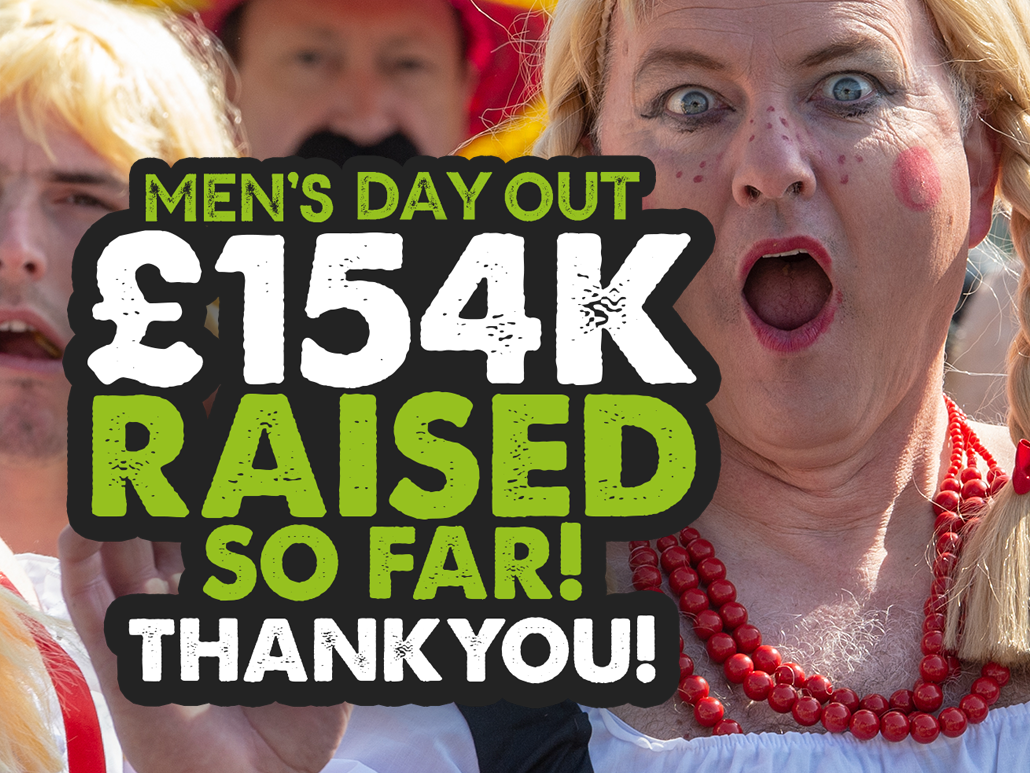 It was a sight more dazzling than the day’s bright sunshine – a record-breaking gathering of over 2,200 guys striding the streets at our hugely popular Men’s Day Out on 30 March, making it the biggest male-only charity event in the South West, probably the UK, too!

As they pounded the pavements, the men were cheered on by many, including passing motorists tooting their horns in solidarity.

While the lively event was – as always – full of banter, never far from the men’s thoughts were the many lost loved ones in whose memory they took to the streets.

Among the fancy dress outfits, ranging from Cornish serving maids to traditional Mexican attire, was a sea of tee-shirts emblazoned with the names of mums, dads, sisters, brothers and treasured friends all being celebrated by those determined to make a difference for the charity that cared so compassionately for those whose memory they hold so dear.
One participant, Darren Brown from Ham, walking with a band of loyal friends in memory of his father, summed up the feeling of many when he said:

“To me, every St Luke’s nurse is worth a million pounds so I’m more than glad to do my bit!”

Well done and thank you to everyone who took part, and our hardworking staff and volunteers, who ensured the event was such a big success, securing £154,000 for St Luke’s, with money still coming in at the time of this blog.

Still got outstanding fundraising? Pay it in online or drop it in at any St Luke’s charity shop.