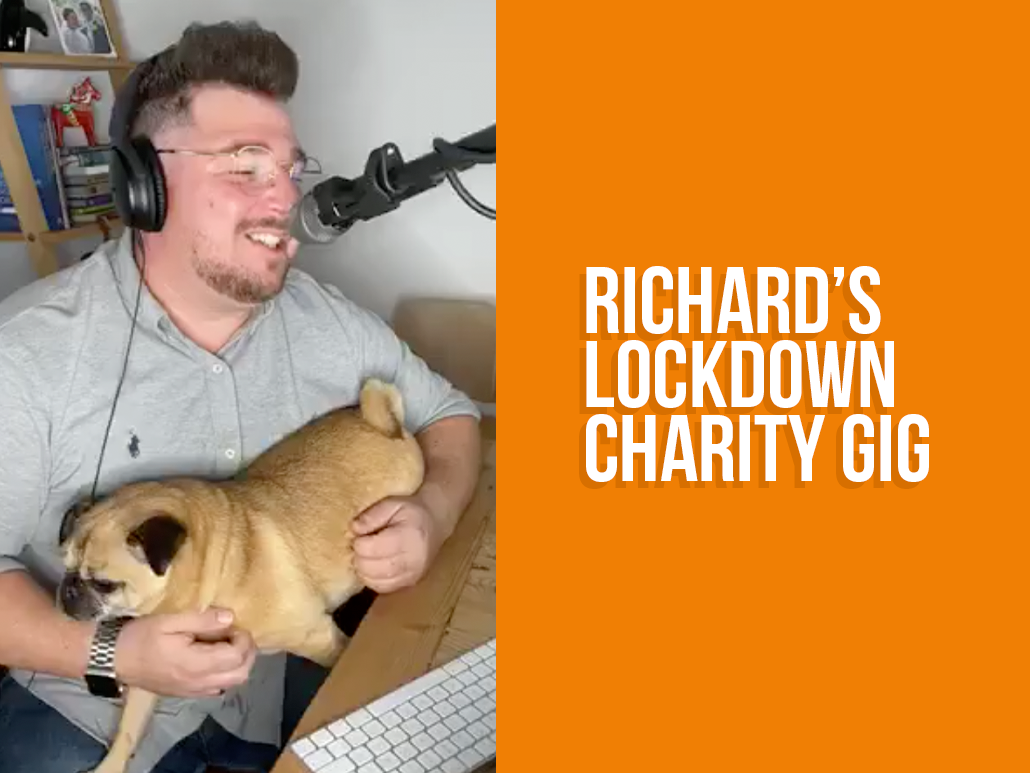 A local man with a big voice and an even bigger heart has proved that when you think outside the box, life on lockdown is no barrier to doing good for your community in these turbulent times.

Delving into his repertoire of 80s hits, Richard – who would ordinarily be performing at weddings and corporate events across the South West as part of award-winning The Swing Kings – reached an audience of 22,000 people through their newsfeeds and raised £560 in donations towards the vital service St Luke’s provides for local families across Plymouth and surrounding areas.

Throughout the coronavirus pandemic, we have been continuing to work around the clock to ensure terminally ill people approaching the end of their lives are as comfortable and at ease as possible, whether they are at home, in hospital or at the specialist unit at Turnchapel. The £560 raised through the online donations from Richard’s family and friends and others who tuned in means we can provide a package of care and support for a family at home, making a very difficult time that little bit easier.

Richard, who with brother Duncan founded Crown Entertainment in Plymouth, said: “As a singer I’ve been missing performing, so an online gig felt like a great way to entertain people at this challenging time. It also struck me as an opportunity to help a fantastic local cause rather than something national, and that’s why I chose St Luke’s.

“Over the years, I have seen how compassionately they look after people, including family and friends of mine, so it’s a charity that’s to my heart. It’s really important to help keep the service going now so it’s still here for our community in the future.”

Encouraging his online audience to join in the fun from home in 80s-themed fancy dress, Richard took requests as well as singing some of his favourites including poignant hits such as the Bryan Adams classics, ‘(Everything I Do), I Do it for You’ and ‘Heaven’.

Richard said: “I was only live for an hour and 45 minutes so I was astounded by the amount raised and it felt very emotional, knowing that even in the middle of such a worrying time for everyone, people were still giving so generously.”

Thanks to his brother Duncan and good friend Danny Jones also delivering a Facebook Live performance over the weekend, a total of £1,040 has been raised.

Penny Hannah, Head of Fundraising at St Luke’s said: “What Richard has done is fantastic and highlights the creativity and generosity of our community, whose support we need now more than ever to keep our vital service running. A huge thank you to him and all the people who donated. It is so appreciated and really makes a difference.”

People wanting to donate to St Luke’s can do so by searching Richard Godefroy on Facebook.