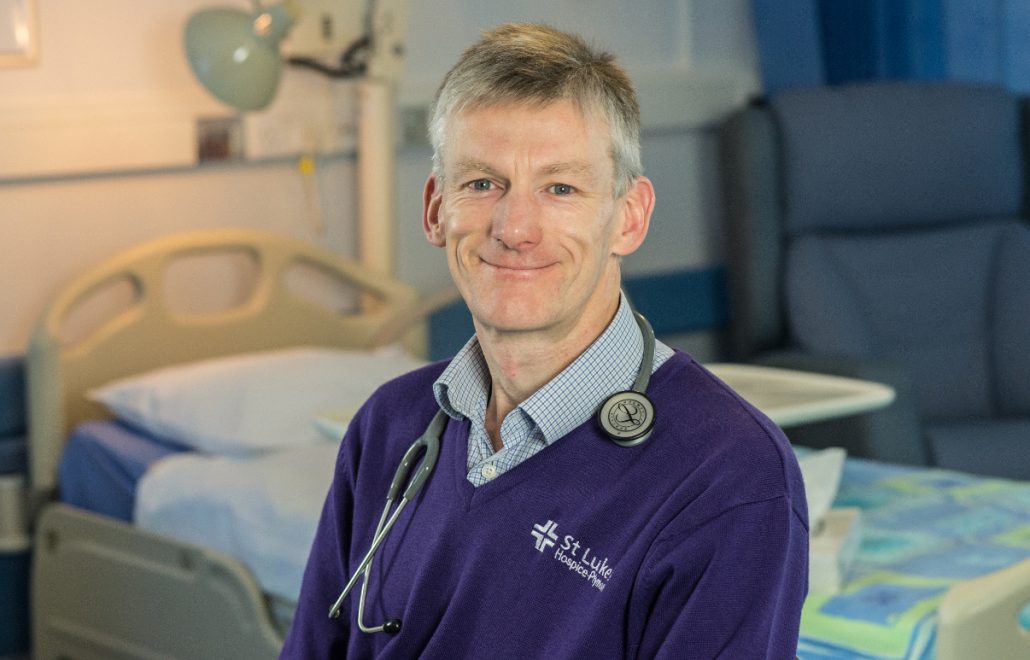 In the first of a series of articles on our care, Dr Jeffrey Stephenson, consultant in palliative medicine and medical director, explains how the hospice movement began.

Most of us like a good story.  Storytelling is a powerful way of communicating, and for all of us there are narratives that underpin the ways we behave and think and view the world. The story of the Hospice Movement is certainly a good one: a heroine (Cicely Saunders) challenges the medical establishment and speaks out about the poor care received by the dying; she gathers like-minded people around her and eventually founds the first modern hospice (St Christopher’s); she sets the standard for a different way of caring, with a focus on the person rather than the illness, and upon the quality of both dying and living until dying; it triggers a proliferation of hospices, creating a movement for change; eventually these standards of care filter back into mainstream healthcare, for the benefit of us all wherever we die.

This narrative, and the values underpinning it, captivated my imagination as an idealistic medical student, and later as a junior doctor. During an attachment in a hospice I saw a different way of caring, and was hugely impressed by some inspiring role models. And it has captivated the public imagination. So many people have a connection with a hospice, through a friend or loved one, or through work or volunteering. Hospices have found their way into our hearts, and for many of us our own stories have become interwoven with the hospice narrative.

That narrative is getting on now. 2017 marks the 50th anniversary of the movement, and it is also the 35th anniversary of St Luke’s Hospice Plymouth. But how well do we know the story? Or have we misunderstood the plot? After almost twenty years as a character, I am still surprised by the level of misunderstanding about what hospices are and do.

I see it regularly in the eyes of patients in our outpatient pain clinic, for many of whom simply coming through the doors of the hospice has required a screwing up of their courage. My suggestion of an admission, to get on top of their pain quickly and safely, can be like a body blow – the unspoken assumption that going in to the hospice means I am close to the end and won’t get out. People do die in our specialist unit, but people also leave again. Around 40% of patients are discharged, and the focus of care is as much about optimising people’s living as it is managing their dying.

But there are many misconceptions about hospices, some of which were recently highlighted by a national survey (Hospice UK 2017): a third of people believe that hospice care is only available in a hospice building; less than half are aware that hospice care is available in community settings; only three in five people know that hospice care is free, though most hospices are charities and the bulk of the cost of this care has to be covered through fundraising (typically about 30% is funded from the NHS). St Luke’s is so much more than just the hospice, and indeed the vast majority of patients whose care we are involved with never come into the actual hospice building. Last year 250 people were admitted to our specialist unit, but we saw 1500 patients in the community and 1100 in Derriford.

A worrying misconception is that we routinely use morphine and other drugs to hasten death. It is an idea that is prevalent not just among the public, but also among other healthcare professionals, who ought to know better. And it prevails despite attempts to educate and reassure to the contrary. This is certainly not what we are about, and we go to great lengths to achieve good control of pain and other symptoms while minimising side effects of treatment.

We have come a long way as a movement, and these misconceptions haven’t blunted our impact. But for me a story is only as good as its ending. A film or book can be ruined if the ending is a disappointment. And it is a fact that no matter how good our care and support has been through someone’s illness, if we get it wrong in the last days and hours and a person dies badly, that is what friends and family carry forward into bereavement. The story of hospice to date has been one of inspiration and success. But the true measure of the impact depends on how the story unfolds from here, and how we meet the challenges ahead.

BLOG: The next chapter
Scroll to top