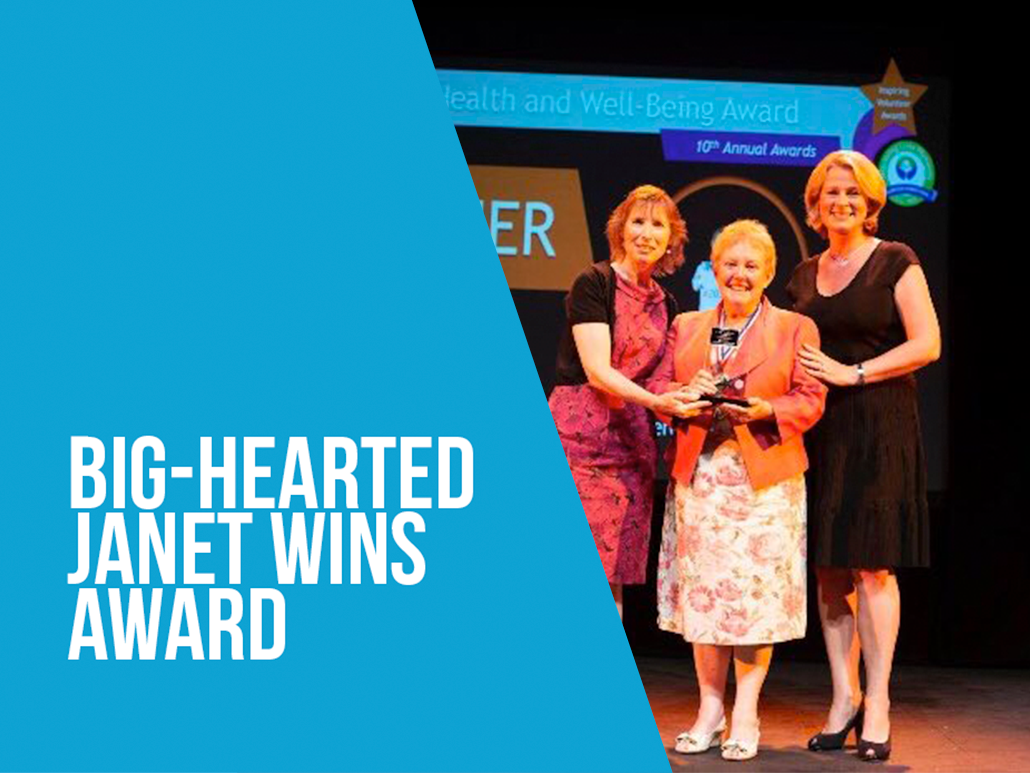 When it comes to kindness, compassion and sensitivity, Janet Hearl has more than enough for one charity. Part of the St Luke’s team for nine years, working as a Social Care Assistant and providing bereavement support, she has also been giving her time and using her skills with Jeremiah’s Journey, a local charity for grieving children, young people and families.

So, it was wonderful to see Janet win Health and Wellbeing Volunteer of the Year – sponsored by Livewell Southwest – at the recent Inspiring Lives Plymouth Awards, recognising those who consistently put the needs of others before their own.

Nominated by Jeremiah’s Journey for the difference she has made by coming alongside youngsters as they face the loss of a parent, Janet was very touched to receive the nomination – and completely bowled over to win! There to see it was proud husband Phil, who accompanied her to the awards ceremony at the Theatre Royal.

Janet said: “It was a shock! A lovely one though, and the award means a lot to me. The trophy is in pride of place at home, next to flowers sent to me by my son and daughter when they heard.”

She provides vital support as part of Stepping Stones run by Jeremiah’s Journey. This ten-week programme is for both children and parents, supporting them through their very difficult time, encouraging open conversations and making special memories, all of which can help the children process what’s happening and come to terms with their loss over time.

Janet said: “Understandably, young people facing bereavement can feel frightened and sometimes they blame themselves for what’s happening. Stepping Stones provides a supportive environment, and activities – such as felt-making with students from Plymouth College of Art – help them and their parents talk through issues and challenges. Importantly, Stepping Stones gives them space, as well as the opportunity to make memories together and with others taking part.

“It’s really rewarding to be part of something that makes a difference, and wonderful when they tell us they feel lighter and have made connections that can help sustain them as they move forward.”

BLOG: Colleagues band together to walk for much-loved midwife