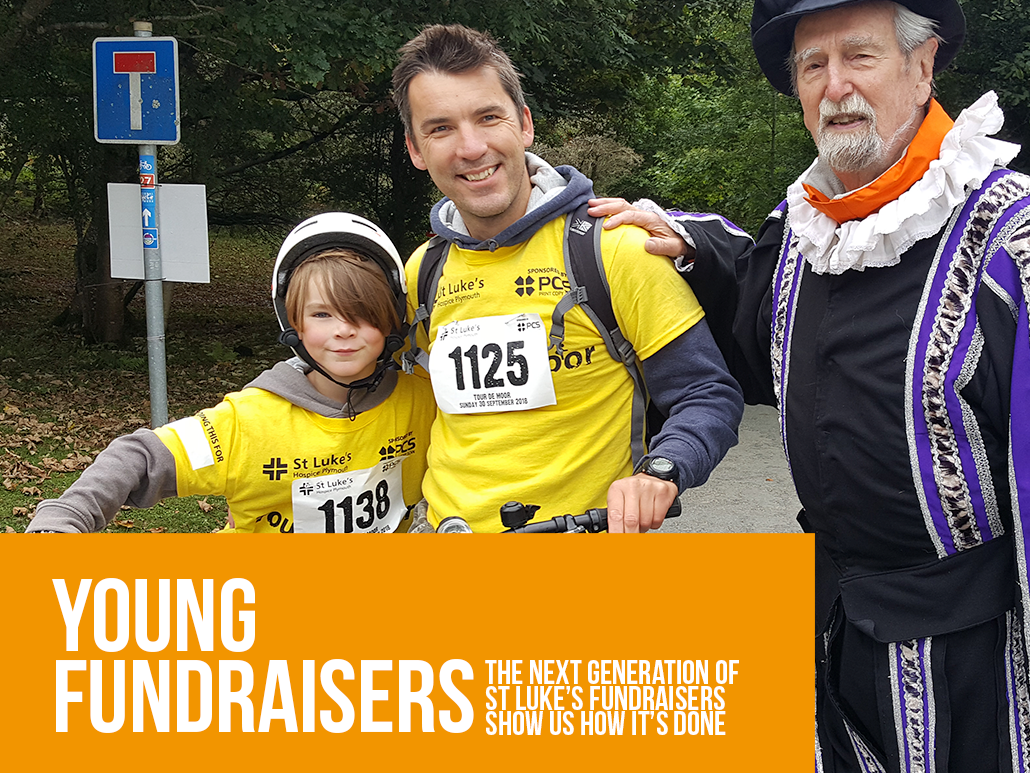 Our hearts have been warmed by two local children who’ve shown that as well as being enthusiastic and enterprising, they’re very caring as well.

Gabriel Richardson, who attends St George’s Church of England Primary Academy, got on his bike to take part in Tour de Moor with his dad, Tony, raising nearly £300 for St Luke’s. Aware of the care we give, and of the privilege of being fit and healthy themselves, they harnessed their pedal power in our annual cycling challenge on Dartmoor.

“We’ve often cheered from the sidelines at charity races, but this was an opportunity to get stuck into a challenge together, something a little bit tough, to help people needing St Luke’s specialist care,” said Tony.

“I thought we would cycle in ‘dual formation’ side by side, but Gabe was determined to do the route under his own steam. In the early stages he declared it was the best day of his life. That later changed to “Never again!”, but at bedtime that day – when I reminded him how the hard work he’d put in would help poorly people – he smiled and I just knew he would be happy to do it all over again.

“Gabe has just turned eight and I couldn’t be more proud of him, as is everyone else who supported him. It blew us away that his initial target of raising £100 was met within just 12 hours and, thanks to the generosity of family and friends, this grew to nearly £300. It’s great, too, that the Just Giving page we set up is there for him to look back on as a lovely reminder of what he achieved to help other people.”

Meanwhile, big-hearted Madeleine Newstead got together with her friends at Woodlands School in Ivybridge, to sell cakes, jewellery, paperweights and other items they’d made themselves to raise money for our charity by having a stall at the school. Together, the young entrepreneurs made over £170!

While Maddy is the granddaughter of St Luke’s trustee Steve Newstead, she was not aware of his role with our charity at the time she decided to roll up her sleeves to get cooking and crafting to help us.

Steve said: “Maddy did this off her own bat and she and her friends did a great job. I was delighted to hear that it was all in aid of St Luke’s, and encouraged at their awareness of what our charity is about. It just goes to show, you’re never too young to make a difference.”

BLOG: our shops shine out!
Scroll to top