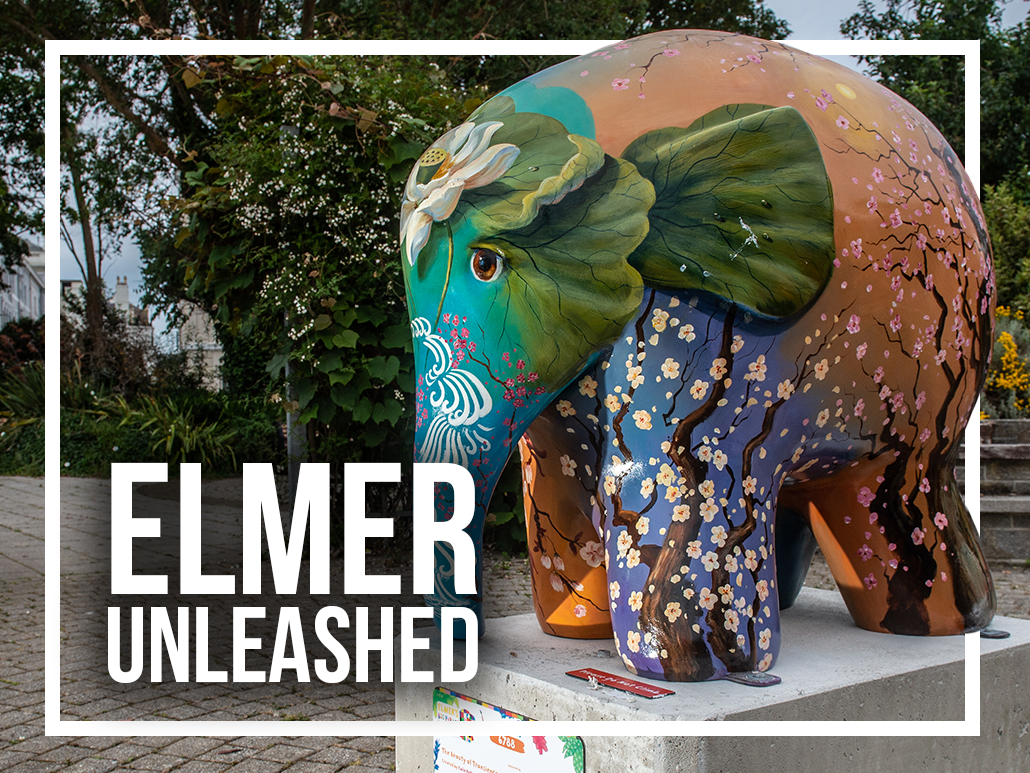 Finally, after months of anticipation and with excitement filling the room, came the big reveal!

At a special launch event earlier this month at Herd HQ, the curtain was lifted on the mammoth mob of enchanting elephant sculptures ready for Elmer’s Big Parade, which is raising awareness and funds for St Luke’s this summer.

Among those gathered to get their eyes on our colourful gentle giants were the talented artists who’ve worked their magic to create the captivating array of bespoke designs, the big-hearted organisations who’ve got behind our charity by sponsoring the sculptures, and other St Luke’s supporters from across the city.

The event was an opportunity to get a preview of both the 40 elephants in the Parade – now live at landmark locations across Plymouth – plus the 25 mini Elmers painted by local schools, where 10,000 students have had fun learning about and creating art and where the St Luke’s team has come alongside staff to build their confidence and skills to enhance support for bereaved children. (The mini mob will be on display at Mount Edgecumbe until the Parade closes on 16 September.)

Special guest was the creative genius behind the much-loved Elmer storybooks, David McKee, who was born and educated in Plymouth.

He said: “I’m 84 now, so I’ve seen the way hospices help families. To find out there’s such a high percentage of children who know bereavement through the loss of someone close, and that St Luke’s is very involved in helping the children get through those periods, it’s incredible.

“It’s quite emotional really, knowing that something you started that long ago is not only still around, but new things from others have been made because of that. I suppose in a way, there is a sort of responsibility which you feel. Especially when you realise that it’s not just decorative – the cause is such a good one. Helping St Luke’s in any way is a good cause.”

With the Parade now live, our city is busy with people out on foot, discovering the sculptures, interacting with the app and social media and learning more about St Luke’s and our help for terminally ill people and their families.

Being Devon’s biggest art event of the year, the Parade is expected to attract 200,000 visitors, including many people who live outside Plymouth, giving the local economy a big boost and showcasing our stunning coastal location.

Steve Statham, Chief Executive of St Luke’s, said: “We couldn’t be more excited to see everyone get out and about across our city’s iconic locations to follow the herd.

“Along the way, they’ll learn more about the outstanding care and support St Luke’s provides for patients at home, in hospital and at our specialist unit at Turnchapel.

“To everyone who has put in the hours and gone the extra mile to make this fantastic summer extravaganza happen, I want to say a huge thank you. It would not have been possible without our hardworking staff and volunteers, as well as our sponsors and the companies who have given in kind. I feel very proud to be part of such an incredibly caring community.”

The grand finale of Elmer’s Big Parade will be the auction at which the sculptures will be going, going, gone to raise funds for St Luke’s, so be sure to see the herd before then.

The official trail map is available to download via the App Store, Google Play or available in print at St Luke’s charity shops and at Tourist Information.

BLOG: We’re back in town

BLOG: Legion of local ladies go back to the 80s
Scroll to top