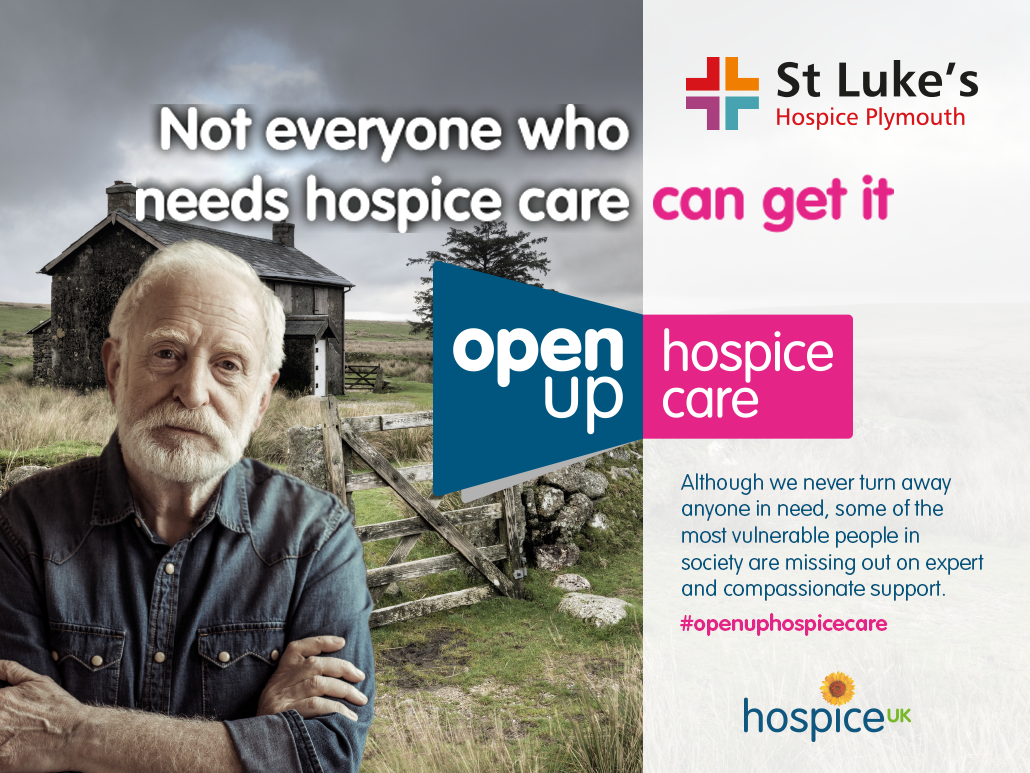 One in four terminally ill people in the UK are missing out on the end of life care they need, according to research by national hospice and palliative care charity Hospice UK, which is running its Open Up Hospice Care campaign this March – aimed at widening access to this vital support for people living with life-limiting conditions and those who care for them.

The campaign highlights that hospice care is available to everyone, including people who want to be looked after in the place they call home.

Tracey Bleakley, Chief Executive of Hospice UK, said: “With its focus on comfort not cure and promoting quality of life and what matters most to people, hospice care can help them live well until the end of life and support their loved ones, and it is available in more places than most people realise.

“We want to share the benefits of hospice care more widely so that everyone is able to get this vital support and wherever they want.”

While local charity St Luke’s Hospice Plymouth is joining 70 counterparts up and down the country in backing the campaign, it is specifically shining a light on the terminally ill among the homeless population and those living in remote rural communities, two of the groups currently most at risk of being overlooked when it comes to getting expert care in their last days.

In keeping with its ethos of looking after people ‘no matter where’, St Luke’s is committed to reaching and supporting those who need its compassionate care, regardless of their circumstances or location.

For people living in rural areas like Dartmoor though, accessing all sort of services – including end of life care – can be harder than it is for their urban counterparts, so the need for friends and neighbours who look out for each other in times of crisis is more important than ever.

George Lillie, Clinical Director at St Luke’s, said: “While we never turn anyone away, we know there are people who, for reasons such as homelessness and isolation, can find it more difficult to access our specialist care.

“There’s no denying it can be more challenging to meet their needs than it is for us to help patients in more ‘traditional’ settings, and that’s why St Luke’s is spearheading work that encourages open and honest discussions in the communities we serve. Together, we can find creative ways to encourage friends and neighbours to look out for each other and lend support, particularly in challenging times, so that no-one is left behind.”

It was a combination of St Luke’s at home service – with nurses on the road 365 days a year – and the compassion and support of family, friends and neighbours that made a difference to a Tavistock family recently. Jointly, they came alongside local woman Margaret Westlake to ensure she could be looked after as she wished, at home, in her final days last December. 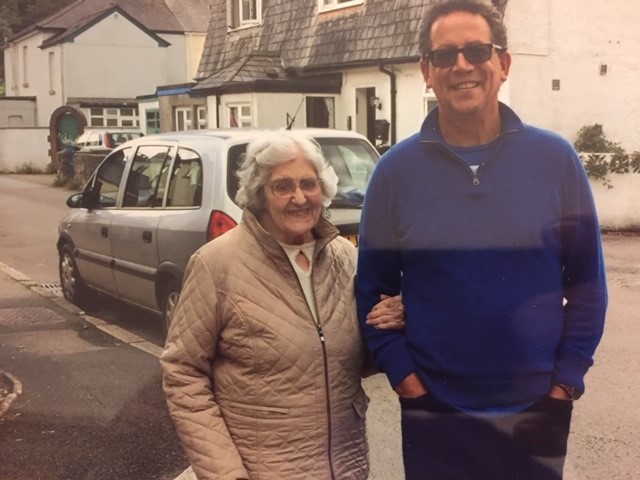 Margaret, who was a Wren during the war and rose to the rank of Petty Officer, spent most of her life living and working in the Tavistock area. Her giving nature saw her make a big contribution to the life of the local community, including giving 21 years’ service to youth work with the Scouts, Guides and other groups, for which she was recognised with the Mayor’s Award.

Having lost her mother when she was just eight years old and later her son, Brian, when he was 21, Margaret was no stranger to tragedy. Her resilience and caring nature were evident to all, however – never more so than when she and husband Roy chose to foster brother and sister John and Sue, providing a loving and supportive home.

So, it was both heart-breaking and challenging for the family when time was running short for much-loved Margaret, who was living with cancer.

John, who lives in Bristol and visited his mother regularly, said: “Mum was such a strong, talented and supportive person, always thinking of others, and it was very hard seeing her quality of life decline. It was important to us that she received the high-quality care she deserved at home, where she wanted to be looked after.

“It was St Luke’s who enabled us to ensure mum’s wishes were met, and I don’t know how we’d have coped without their superb care. As her health declined, their support increased. This meant she was able to remain in familiar surroundings, with her pain relief carefully managed, which was also a great comfort to us.

“Her care was so well co-ordinated between St Luke’s staff and the district nurses, and at every stage mum’s dignity was respected. It was clear the professionals looking after her thought of her as a person, not just a patient. They developed a real rapport with her, and we were touched by their compassion and attention to detail, not just for mum but for us as a family.”

As John explains, it was this team effort – which included help from family and friends – that ensured Margaret’s care was second to none. He said: “As well as being very grateful to St Luke’s for their outstanding care, which gave us peace of mind, we so appreciated the support given by Heidi, a family friend who lives locally. She went above and beyond to be there for mum, which was very reassuring to me, especially at those times when my responsibilities in Bristol meant I could not be with her as often as I wanted.”

St Luke’s aims to help everyone live well to the very end of their lives, so if – like Heidi – you would like to be that compassionate friend or neighbour and help make a difficult time that little bit easier, you can access free training and support from the charity. Find out more at www.stlukes-hospice.org.uk/compassionatecommunities.

You can read more about St Luke’s work in opening up hospice care to everyone who needs it – and how you can help – online here.

Memories in Bloom
Scroll to top