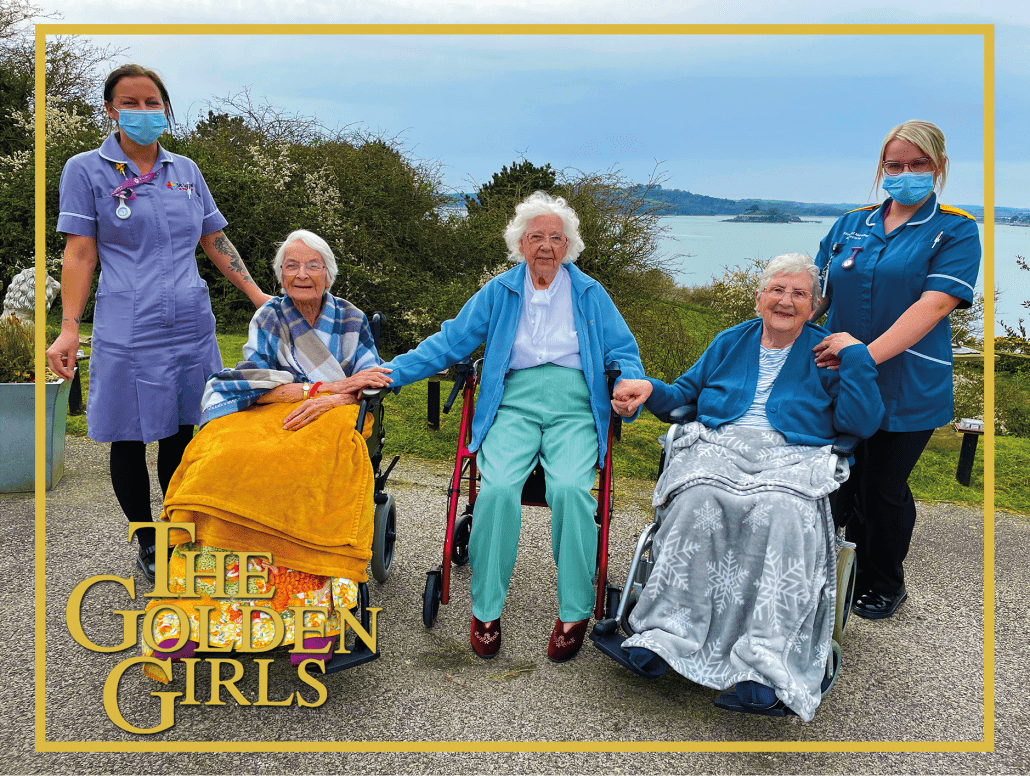 You’re never too old to make new best friends – as Margaret Davies, Ena Powell and Mollie Hodges can all testify!

Strangers to each other when first admitted to our specialist unit in March, in a matter of days these lovely ladies in their 80s and 90s formed such a strong and joyous bond on the ward that they quickly became known to themselves – and us – as our very own Golden Girls. And, just as with the lead characters in the hit TV show of the 80s, the chemistry between them is sparkling.

While each of our terrific trio has been receiving St Luke’s care to help relieve their pain, they have found comfort that goes way beyond the physical, thanks to the empathy and affection between them – not to mention the infectious humour they share. All of which has not only lifted their spirits at a difficult time but brought reassurance to their families that they’re being looked after in a safe, supportive environment where there is more laughter than tears.

Mollie, from Peverell, said: “I came in not wanting any further treatment, and these ladies who I call best friends have convinced me to have it. For the nurses to know we would gel so well together, they must be telepathic!“

Margaret, a former teacher at Dunstone Primary School who lives in Elburton, said: “Never did I think a hospice could feel so heavenly. St Luke’s has taken the fear out of cancer – they’ve got all my treatment right and I’m no longer in pain, but it’s so much more than that. Thanks to the fantastic staff and Ena and Mollie, it’s been a happy time. There’s been so much laughter – they’ve had me in stitches!”

Ena, who has since returned to her home said: “I was apprehensive about coming into a hospice. I never thought I would make such incredible friendships. That moment of having the photo taken of us all together in the hospice grounds overlooking the sea is one I will cherish forever.”