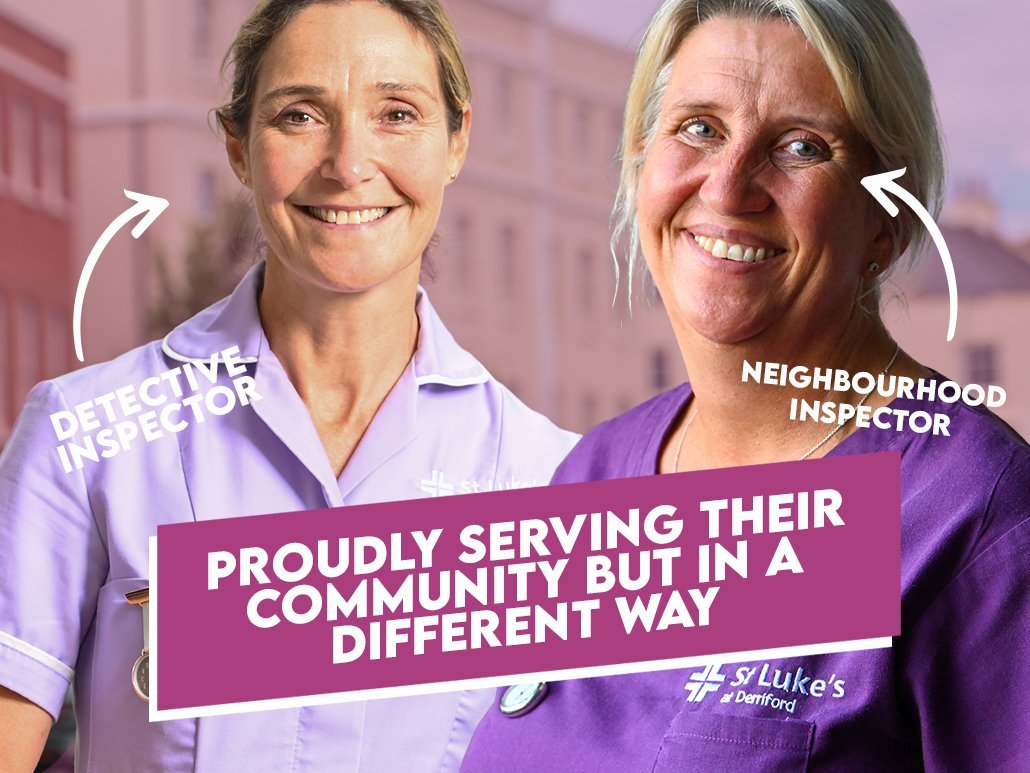 If you’re thinking of a midlife career change, there’s a lot to weigh up. But as Sally Hutchings and Kate Hillman – both in their 50s – have shown, it’s never too late to follow your heart!

Having both enjoyed long, fulfilling careers in the police, these inspirational women made the choice re-train rather than retire. Now, they’re part of our dedicated team, where each member is valued as a person and not only for what’s on their CV.

At 18, it was a strong desire to serve her community that led Sally, now 54, to join Devon and Cornwall Police as a uniformed officer. A successful 30-year career saw her rise through the ranks to Neighbourhood Inspector for Plymouth City Centre and Stonehouse and provide cover for the Chief Inspector for Plymouth.

Sally, who is married with four children and lives in Saltash, said: “I really enjoyed the variety of my police career, but – as I approached 50 – I started to feel it was ‘now or never’ if I was ever going to make the leap into nursing. I’d gained interest in the idea over the years, partly due to the many hospital visits I made with my daughter Jo, who has cystic fibrosis.

“My lightbulb moment came one night when, looking across into another ward, I saw a nurse sitting at the bedside of an elderly man I sensed was dying. I had such a powerful feeling that working in end of life care was where I was meant to be. I could carry on making a difference in my community, but in different way – helping people at the most vulnerable time of all, when what they most need is the reassurance they are not alone and to be treated with sensitivity, kindness and respect.”

Later, a conversation with Ali Griffiths – now Community Nurse Specialist (CNS) at St Luke’s but at that time manager of the ward where Sally’s daughter Jo was receiving her treatment – spurred Sally on to study full time to be a nurse. Sally said: “Ali looked me right in the eyes and said: “It’s not too late – just do it!”.”

Sally first joined St Luke’s at Turnchapel, where we look after our most vulnerable patients. She then went to work at Derriford’s Emergency Department to gain more nursing experience before joining our Hospital team. Soon, she’ll be moving across to our Community team, where – in a wonderful twist of ‘fate’ – her manager will be CNS Ali, who helped inspire her big career change!

Sally said: “Working in the police, I was used to listening to people and having sensitive conversations, and what’s so great about St Luke’s is that they recognise these transferable skills. It isn’t just my nursing degree but my life experience they see as an asset.”

“The greatest gift we can give those in our care is to remember they are people, not simply patients. It’s the little extras, too, like the wedding I helped organise at short notice for a terminally ill lady at the hospital. Seeing what it meant to her and her family felt incredibly special. When time is running short for someone, it is such a privilege to help them feel more comfortable and in control, and to ensure their families have beautiful memories they can treasure for years to come.”

For former Detective Inspector Kate, who is in her 50s and joined our Urgent Care team as a Healthcare Assistant (HCA) team in May, being in a healthcare environment is in many ways familiar territory. She said: “In the police, I had safeguarding responsibilities for children so often spent time in hospitals, and when my husband became ill and needed to be cared for at Derriford, being there with him really developed my interest in taking up a career in health.”

It was later though, when her father Mark was being looked after at Turnchapel in the last hours of his life, that Kate’s desire to work in hospice care was sparked. She said: “The team was wonderful with my dad, helping him die peacefully and supporting us as a family. It had a really big impact on me. I knew I wanted to help people in the same way.”

Having reached the stage where she could retire from the police, Kate’s journey to follow her dream began when she embarked on a six-month development programme to qualify as an HCA. Happily, she then spotted the job advert for the part-time position she now has with us. She said: “I won’t deny it felt daunting at first, being ‘the new girl’ with so much to learn, but everyone is so friendly and supportive, and I can really feel my confidence growing.

“What I love is that we can spend unhurried time with the people we look after in their own homes, doing whatever is needed to make them comfortable. While ultimately, we can’t change the outcome, there’s a lot we can do to make sure they get back to feeling more like themselves again. I find it incredibly rewarding.

“Though I left the police, all my experience of working with families through such sensitive times came with me to St Luke’s. There’s scope to develop with the hospice, too, so I’m looking forward to spending some time working with the in-patient team soon. That’s the really great thing about stepping outside your comfort zone – the opportunity to keep learning and growing. I’d recommend it to anyone!”

Find out more about working with our dedicated team – directly with patients or more behind the scenes – and check out our latest job vacancies here. 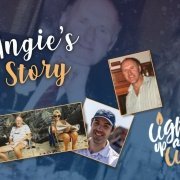 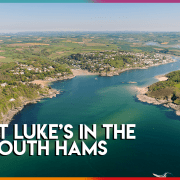 BLOG: News from the Friends of St Luke’s in the South Hams – June 2021 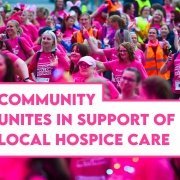 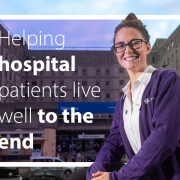 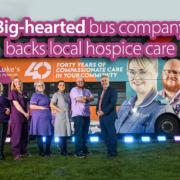 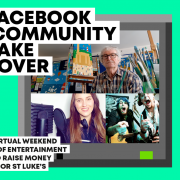 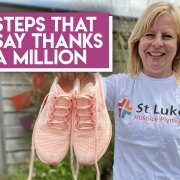 BLOG: Steps that say thanks a million for such superb care 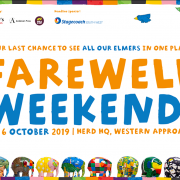 BLOG: Fundraising has no age limits for our Tour de Moor

BLOG: St Luke’s covering of kindness for Lisa and Fran
Scroll to top