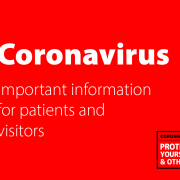 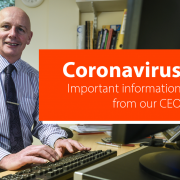 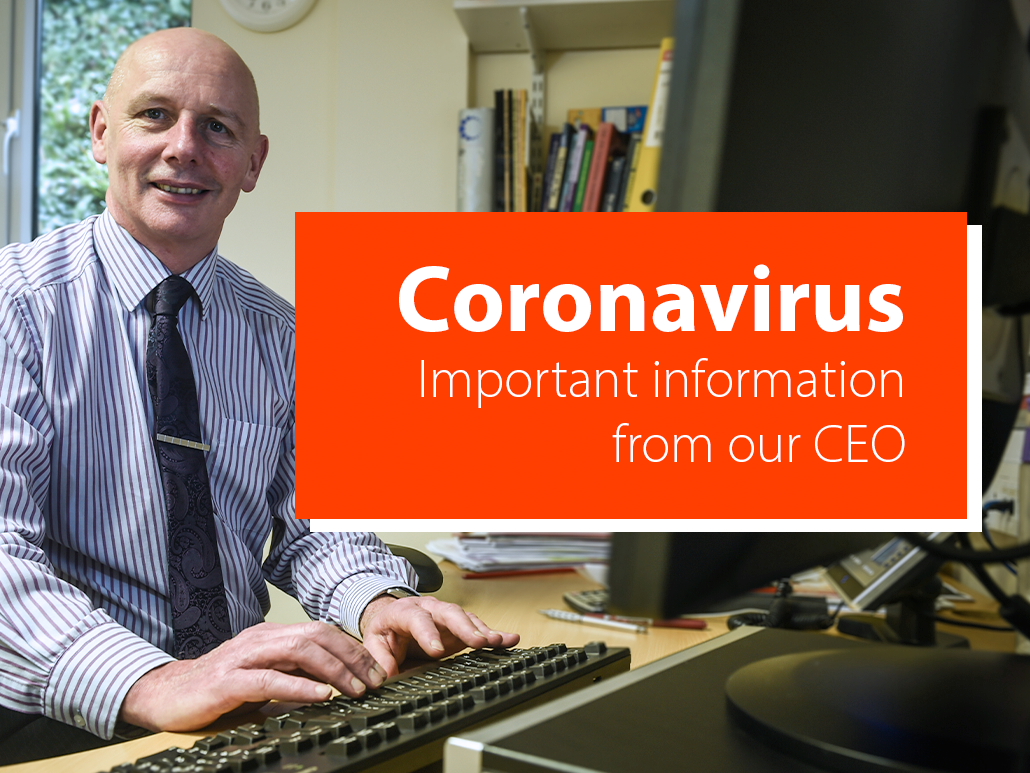 The outbreak of coronavirus – and the speed at which the situation is unfolding – mean we are all living in unprecedented times, but I want to reassure you that my colleagues and I are doing everything possible to ensure St Luke’s vital service for patients and their families continues. Protecting their safety and well-being, and that of our staff and volunteers, is always our top priority and we are closely monitoring the rapidly changing situation, assessing its implications for our service and making decisions based on official advice from Public Health England.

In common with many organisations, one of the biggest challenges we face is the inevitable drop in funding as a result of the outbreak.

As a charity with only 23% of our annual income coming from the NHS, we rely on the kindness of our community to help us continue making an important difference to local families facing a very challenging time. It is now, more than ever, that we need your generous support to ensure we keep our nurses on the wards and on the roads visiting patients at home in the weeks and months ahead.

Over the years, I have been very touched to see how much St Luke’s means to so many and, while we never take your support for granted, I know you will rise to the challenge. There are lots of ways you can do this, from donating to our charity shops, playing our weekly lottery or sponsoring a nurse to dedicating a leaf on our beautiful Memory Tree. Or, if you’d rather, you can simply make an online donation here.

If you would like to join us as a volunteer, there couldn’t be a better time and we have a wide variety of roles. So, whether you want to give a few hours or a day or two a week, please don’t delay. Apply here.

However you choose to show your support for St Luke’s, please know your kindness counts and is greatly appreciated.

Thank you for your continued understanding and support.

There is no excerpt because this is a protected post. 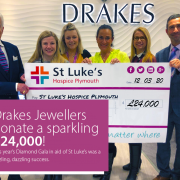 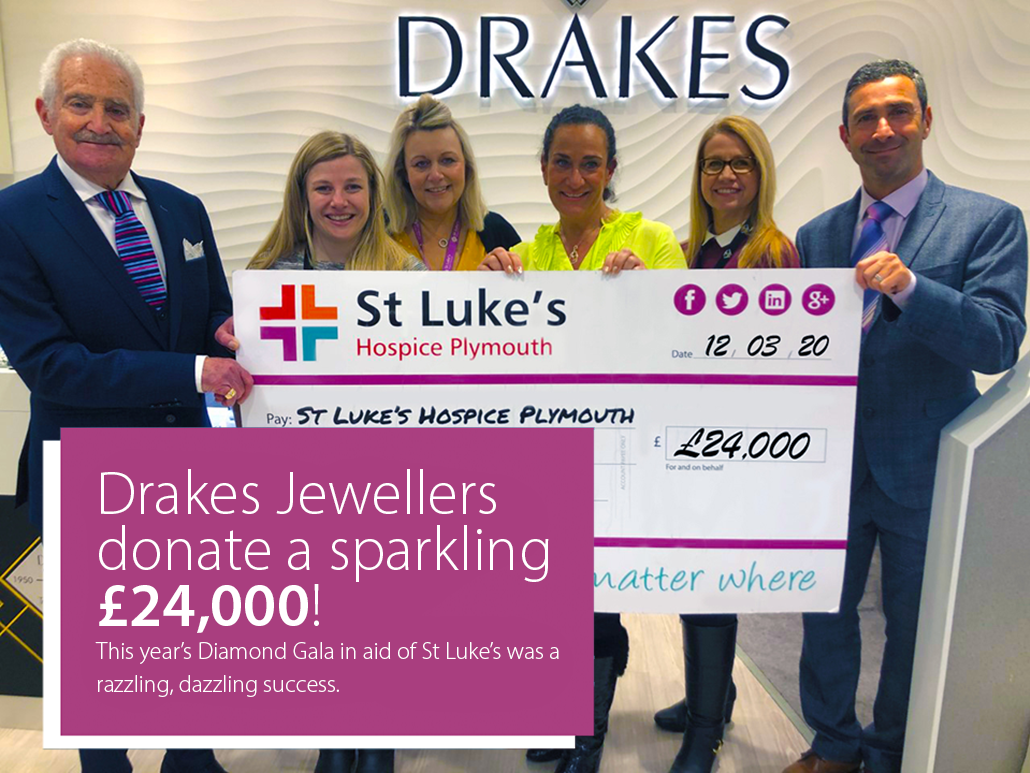 As you’d expect from an event held by family-run firm Drakes Jewellers, this year’s Diamond Gala in aid of St Luke’s was a razzling, dazzling, sparkling success!

With its colourful, fun-filled Rio Carnival theme, the ball at the Crowne Plaza Plymouth was enjoyed by guests who kindly dug deep into their pockets for the raffle and auction prizes donated by generous local businesses. Together, they raised an incredible £24,000, which will help us make a difference to more local families going through the toughest of times.

The ball – where guests were entertained by dancers in feathered finery as well as an amazing band – was part of the 70th anniversary celebrations of Drakes Jewellers and the firm’s fourth supporting our charity, which is close to the heart of the family behind the popular business.

Monique Hirshman, Director of Drakes Jewellers and organiser of the Diamond Gala, said: “It was a wonderful night and I want to thank everybody who made it such a success. There’s no greater gift than giving and the money raised will go a long way to supporting St Luke’s vital work across the community.”

A huge thank you to all at Drakes Jewellers. In total, this big-hearted company has raised over £80,000 for our care! 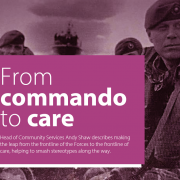 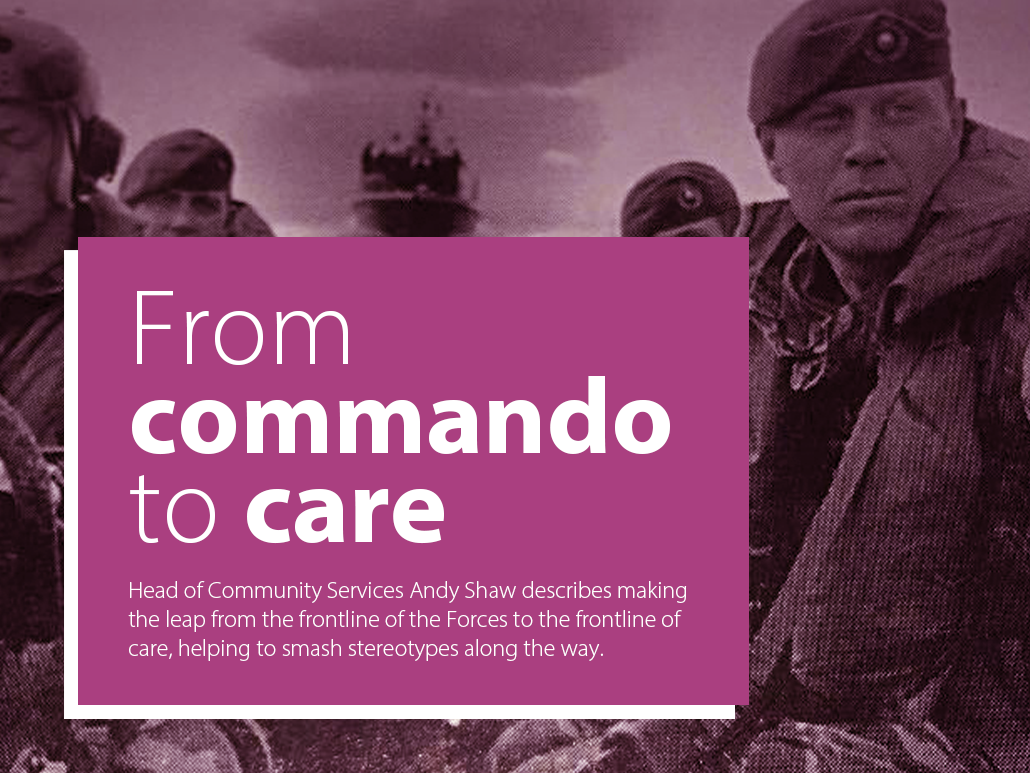 It’s International Year of the Nurse and Midwife, celebrating the work of those working in these professions and providing a golden opportunity to attract more applicants to such essential and rewarding roles. What better time, then, to hear from someone who busts all the stereotypes and is helping to blaze a trail for men wanting to become nurses, a profession where they make up just 11 per cent of the workforce?

At St Luke’s Hospice Plymouth, Andy Shaw is Head of Community Services, a highly skilled nurse who leads the multidisciplinary team looking after terminally ill patients at home, but in his previous life he could be found ‘eating bears for breakfast and wrestling tigers for lunch’. This is his analogy, which captures the male-only, testosterone fuelled environment in which he excelled as a Royal Marine Commando who rose to Sergeant and Senior Instructor as he served in conflicts across the globe, including in the Falklands, Northern Ireland, the former Yugoslavia and Northern Iraq. It was a regimented world in stark contrast to the compassion and care associated with the nursing career he went on to embrace. 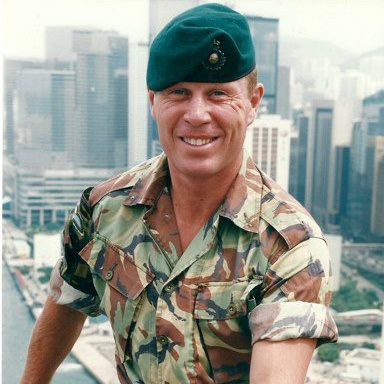 Andy said: “When I joined the Royal Marine Commandos back in 1980, I was doing what was expected of me. Raised in Plymouth, I was a council house lad from a naval family, and it seemed the only careers open to comprehensive schoolboys like me were following your father into his trade, going into the Dockyard or the military. It was even more limited for the girls, shop or secretarial work were the only offers. Options felt very limited.

“In fact, my papers arrived before I even sat my exams and off I went. What followed was an exhilarating 23-year career I enjoyed, and which taught me a huge amount about leadership but, as I later came to realise, I was living in a bubble. I knew exactly what was expected of me 24/7, was surrounded by other men – no women – day in, day out, and was among colleagues who all shared the same opinions as me.

“So, what changed? It was a combination of right place, right time and the fact that I had married and recently become a father, which brought with it a whole new set of emotions and perspectives. It wasn’t until a rep from Exeter University told me and my colleagues our leadership learning could enable us to study at accredited masters level that it hit me – I had the potential to be something other than a Royal Marine, and with the end of my contract in sight I took the momentous decision to embark on a postgraduate study programme ending in a dissertation, a word I couldn’t spell let alone understand!

“It was a complete culture shock. Suddenly, not only was I getting to grips with academic work but meeting people from a variety of backgrounds who held vastly different views to mine. I could feel my attitude changing and the opportunity for a second career was opening up.”

Married to nurse Sue (who is now also part of the Community team at St Luke’s), and having been introduced to both male and female nurses, seeds were sown and, after gaining O and A-levels at night school, Andy embarked on a nursing degree at Plymouth. However, if he thought he’d escaped a world where stereotyping was the norm, he was mistaken.

He said: “When I got flak from my fellow marines, such as nursing ‘only being for women or homosexual men’, it wasn’t a shock, but on my degree course – where just three out of 50 of us were male – I encountered prejudice from some female students, too. Comments such as, “As a man, you won’t understand” and “Typical marine!” weren’t uncommon to hear. Some also assumed I’d be less compassionate than a woman.”

Not letting himself be held back, Andy went on to carve out a career in nursing, working in intensive care. However, even there he found that while female nurses were looking after boys and men of all ages, as a male nurse it was sometimes deemed inappropriate for him to care for young women. 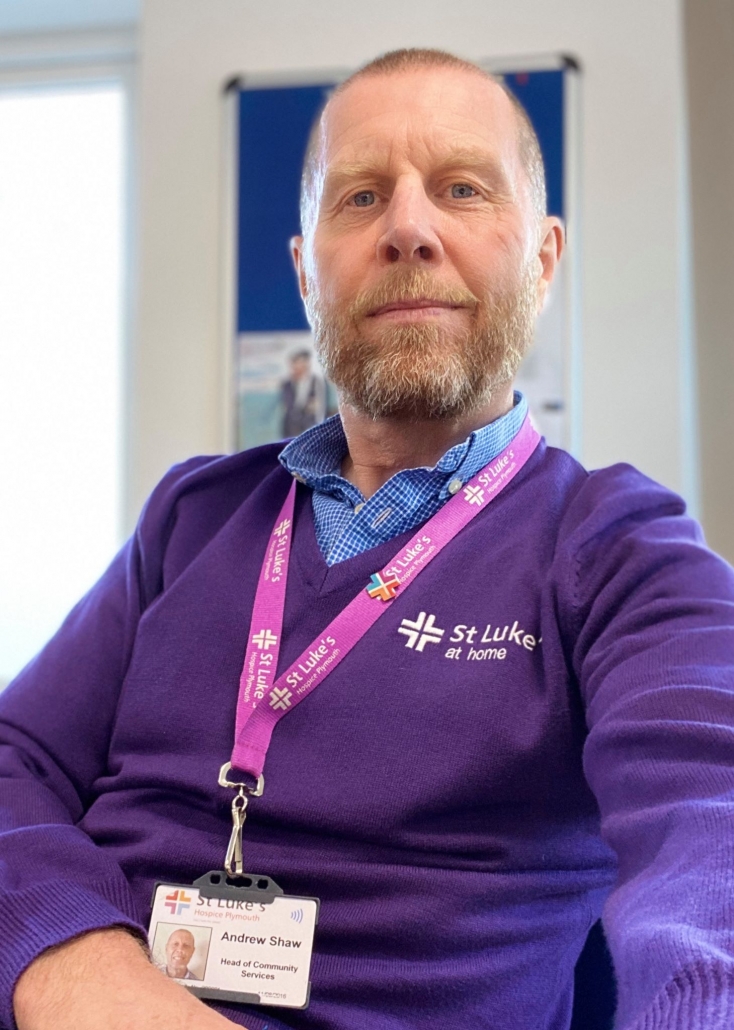 Andy said: “It shows how deep gender stereotyping can go, which is sad and frustrating because it doesn’t just limit career choices but people’s potential, too.”

“Raising awareness is really important, so Year of the Nurse is an extra opportunity to bust unhelpful myths. I already speak at events where I share my story, but it’s really important that change happens in educating children at a really young age – at home and at school – so that we only refer to men in nursing as nurses not ‘male nurses’ and women in engineering as engineers not ‘female engineers’. We need to realise that as parents, employers and teachers the power to effect long-term positive change is in our own hands.” 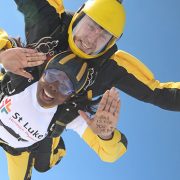